Off to a great start!

So glad to see first tracks on Sailing record! A lot of Seascape 18 and 27 tracks found their place on the scoreboard and with it, their own class. We are still waiting for at least ten other boats of the same type to create new classes. We would love to see more dinghy tracks.

500 m Overall all-time results:
On the top with 25.14 kn average over 500 m is the new French foiler Easy To Fly, sailed or should I say flown by Norwegian journalist Axel Nissen-Lie on European boat of the year trials. Second is not a fly but still an insect – the smallest of foilers Moth, manhandled to 23.48 kn by a rare Slovenian in this class (we are still waiting for the other one to brave up and post his track). Kristian aka The Hedgehog closes up the podium with his prehistoric track recorded on a more classic cat Formula 18 which managed 17.37 kn.
The fastest monohull is currently Croatian Class 40 – Akilaria RC2 with 16.24 kn and threw down the glove to another Croatian 40-footer – Fast Wave 40R. Sandwiched between them remains Swedish J/111 with a 500 m result 15.72 kn.

1-hour challenge:
Foiling Luche with his Moth also holds the current record for the 1-hour challenge, setting a high bar at 14.38 kn on his quick jump across the border. Again the second place is occupied (for now) by J/111. Swedes managed to cover 12.65 M in one hour when sailing from Gothenburg down to Helsingborg. Third, comes Seascape27 helmed by one of her creators Andraž. On the 2012 regatta Jabuka, they kept the average speed of 11.77 kn for an hour.

Records are set to be broken, and with new tracks coming every day, you can expect many changes on the scoreboard. Also, the rumour has it that we are going to see new single-handed monohull World Record on the scoreboard shortly!

Welcome to Sailing Record, where you can finally put an end to an age-old debate that always comes up in the club or in a local bar where all the sailors hang out. “How fast can your boat go?” Forever shut those japes about how you should re-calibrate your instruments.

Sailing Record brings a single number to assess how you, your crew and your boat performs and with it all the bragging rights.
– You can pick your time and place when and where you can compete.
– You’ll be competing against the whole world.
– You can use the breeze when it’s there and you don’t have to wait for the race committee signal.
It’s you against yourself and everyone else at the same time.

Now get out there and start recording! 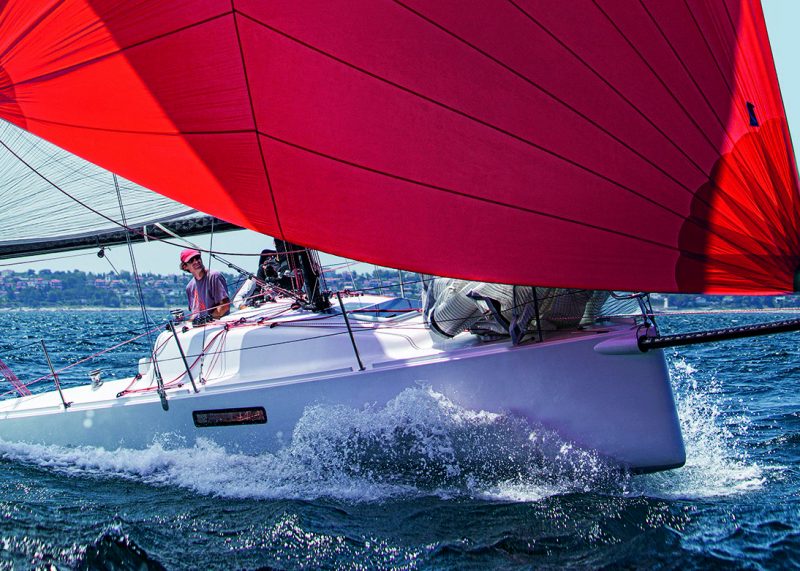